Recording an EP on a boat 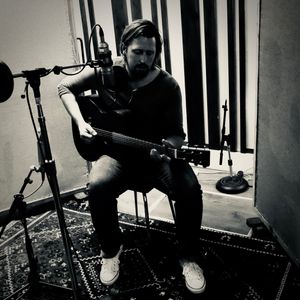 Recorded in just a day, I turned up at Soup Studio in London with a cellist, a pianist and 4 songs about love, loss & mental health. Played together in a room live with only 1 backing vocal overdub, this EP captures the soul and energy of 3 great musicians bouncing ideas of each other as they record. This is old school recording where happy accidents and mic bleed only adds to the 3D sound and atmosphere. Vintage microphones and tape machines were used to achieve a timeless sound that will never go out of fashion. 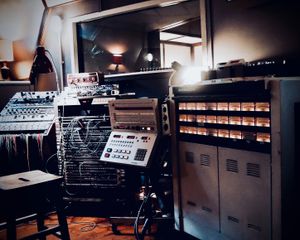 My aim was to record some songs the “old school” way after the complicated and labour intensive recording process of my first album “Wake” These days individual parts are usually recorded one at a time in order to get the perfect sound for that instrument. You get more control and modern audio editing is much easier, however I longed for the days of old where musicians would record together at the same time with shared energy. You can’t achieve the perfect takes that todays music fans are so accustomed to but you do capture a certain energy and soul especially when the musicians are really good on their instruments.

Soup Studio is a purpose-built, analogue and digital recording facility located onboard Lightship 95, moored at Trinity Buoy Wharf in East London. Basically a studio on a boat... how cool is that?

I’d had this song kicking around for a while. I really liked it and I could hear strings on it so I was waiting for the right time to record it. Something about it wasn’t quite working though, there were too many fiddly weird time signature things happening which was effecting the flow and feel. I decided to do a couple of things, speed up the tempo and simplify the chord progression removing the weird time signature changes. It was much improved I think! 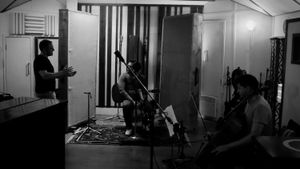 When I wrote this song I was thinking about people in my life that have either suffered with anxiety or just carry the weight of the world upon their shoulders usually because they are very caring people. I think sometimes certain people can put everyone else in front of them and forget to nurture their own soul and self-development. I wanted to say to someone, that I’m there for you and always will be. Everybody needs some company even if they can't admit it! I hope that this song can be your company in times of need whether it is soulful music to calm your weary soul or just a relaxing listen to take you on a journey away from the sometimes stressful chaos of everyday life! You might not always understand what others are going through but you can still be there for them, be a friend, be patient and be their Company.

This is one of those songs where I’m not really sure what I’m doing and struggled to transcribe the chords for the other players. The tuning for the guitar is DADGAD which is a pretty common tuning. I particularly like the opening riff especially with how the cello and piano both echo it at different points.

Everyone was tired when we recorded this song at the end of a long session but it has become one of my favourite tracks. It became a perfect analogy for the song because we really buckled down and got on with it despite being pretty tired and sweaty! The song is really about having a quiet strength and resilience. Sometimes life isn't how you planned but you can get on with it and create something beautiful.

The chord pattern had been something I had been playing around with and then I wrote the lyrics for the chorus and it all fitted together quite quickly after that! We changed the first chord of the chorus whilst recording, I was very proud of this strange discordant chord that didn’t really work with the piano. Bryan the pianist was adamant that it should be a simpler B minor chord and I’m glad I listened as it just worked much better. That is why I love working with other musicians and recording at the same time in one room, the ideas that bounce off each other is part of the magic of the music.The instrumental section 1:15 minutes in is probably my favourite part of the whole EP, the way the three instruments meld together just wouldn’t be possible if they were recorded separately I think. 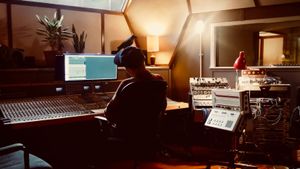 The hard to write/say lyric is about tough love, it’s saying that sometimes life doesn’t go as planned and it can be tough but you need to be the captain of your own ship. I guess when I write songs there might be a personal message for me and I was definitely singing with a someone in mind but I do like to keep the subject somewhat open to interpretation. Maybe the message will resonate with the listener? That is the goal of my writing. It might be about someone else or it might be about you? I know with myself that I’ve always been fiercely independent and resilient, I’ll keep walking the path I feel is right even when it’s the hardest and longest road. It’s a bit like with my music, I’ll keep making it even if no-one is listening, it’s a drive that I have and I’ll keep pushing on!

The verse of this song is pretty easy on guitar, it’s normal tuning with a capo and the first 4 chords go G F C A7. Simple! The rest get a little more complicated and is really fun to play.

Learning To Live Without You

My music is my way of expressing myself, It’s my form of communication. Baring your soul in your songs can be painful but if you believe in your art then it is worth sharing. I always wish to strike a chord in the listeners hearts and make them feel something and hopefully brighten their day! I believe that music is for sharing, both making the music and experiencing it recorded and live. 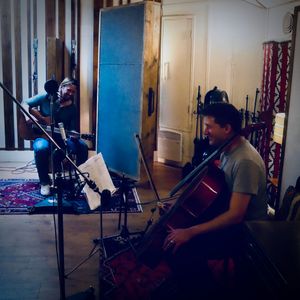 This song for is about losing someone, I think that much is obvious. I know for me who it is about but everyone has their own story and their own losses so I like to keep it open for everyone to interpret the song their own way. Once I’ve finished writing the song and released it then it no longer belongs to me, it’s for everyone. I love hearing what meaning other people have for the songs, often it is quite different to what it meant to me but that doesn’t make it wrong.

The tuning for this song is DADF#AD. The main motif is based around the riff which is wonderfully echoed by the other instruments. I’m not really sure how to describe my playing style but I do feel it’s something of my own making. I don’t really fingerpick in the traditional sense but I never use a pick. My thumb picks the bass notes which give them a kind of round sound while my first finger picks or strums the higher strings. 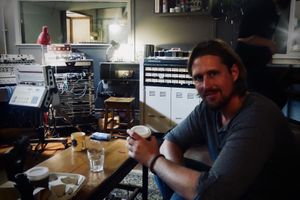 I wanted strings for this song so the cello part adds that timeless elegance to the song. Again the song was recorded live with me, Matt and Bryan all playing in the same room so the energy bounced off each other. They are such responsive players and very adaptable to what I was doing. I feel I play better when having other instruments to play and react to, you could really feel the magic in the room! The cello and piano added this unusual offbeat timing in the verses that added a sense of anticipation, it really worked well and the resolve in the chorus became more poignant and grand because of it. 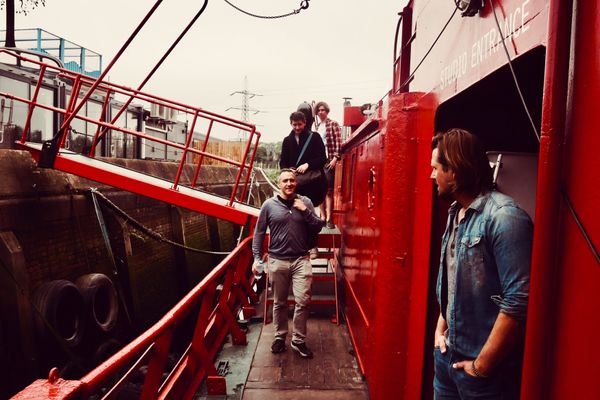